The PETG Heat Shrinking Film production process is to dry the PET copolymer resin first, taking the production process of BOPET film as an example. Then, it is added to the extruder for melt extrusion, cold drum casting through a die, and then the slab is heated to a temperature above the glass transition temperature, below a melting temperature, and under the action of an external force, one-way or Stretching in a two-way multiple is usually required to perform a stretch of 3.5 to 4.0 times in the lateral direction. The PET macromolecular chain is oriented in the direction of the external force by stretching, and then cooled and shaped to "freeze" the oriented PET molecular structure. The high elastic deformation under the action of external force has a heat-shrinking memory effect. When the film with the "memory effect" is reheated above the stretching temperature, the macromolecular orientation structure is frozen and begins to relax. The PET film shrinks. It is worth mentioning that the heat shrinkage of this PET film is mainly contributed by the amorphous part of the orientation. This is why the copolymerized modified amorphous PET film (APET or PETG is heat shrinkable than the ordinary crystalline PETG Shrink Film For Label). Therefore, the purpose of greatly increasing the heat shrinkage rate of the film can be achieved by increasing the orientation of the amorphous region in the film. As mentioned above, the heat shrinkage rate of the conventional polyester film is only less than 30%, and copolymerization. The modified polyester has a heat shrinkage rate of up to 70% or more.

The pvc heat shrinkable film is originally produced by a secondary molding process, that is, the powder is once plasticized and granulated, and the secondary plasticized blown film is used. This method adds a sufficient amount of stabilizer and lubricant, so the production cost is high. In addition, because of a plasticization process, the product is contaminated during the production process, affecting the yield. With the development of China's plastics industry, the application of plastic products has penetrated into various fields, especially on packaging. Plastic products are replacing other packaging materials with their high quality and low price. Pvc heat shrinkable film has been widely used as packaging materials. The use of food, medicine, and daily necessities has increased dramatically. 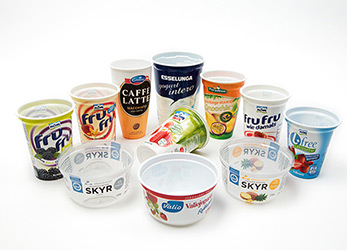 Next: What Are The Factors That Affect The Heat Seal Strength Of PETG Shrink Film With High Shrinkage?