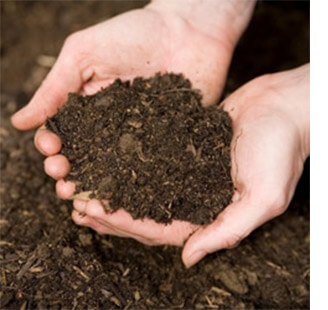 Polylactic acid (PLA) is a new bio-based renewable biodegradable material made from raw starch raised from renewable plant resources such as maize and cassava.

PLA films are amazingly biodegradable. After use, it can be completely degraded by micro-organisms in nature under certain conditions, eventually producing carbon dioxide and water without causing pollution to the environment. The popularity and application of PLA shrink film has not only effectively alleviated the global energy crisis, but has also greatly improved the environmental pollution problem.

From nature, to nature. PLA shrink films have a lovely trustworthiness. So what are their specific environmental features? HYF introduces them to you.

The raw material for the production of PLA is renewable resources such as corn, and does not use precious natural resources such as oil and wood, so it will be a good protection for the depletion of oil resources and a unique strategy for the increasingly nervous China. Significance.

PLA has excellent physical properties, with the highest melting point of all biodegradable polymers, high crystallinity and high transparency. It is suitable for various processing methods such as blow moulding, thermoforming and wire drawing. It has good dyeability, moisture absorption and wrinkle resistance, which makes it a reasonable raw material for garment making as well.

The energy consumption used in the production of PLA is significantly lower than that of petroleum-based resins such as PET, PA and PAN, being only 20-50% of the latter.

The most important feature of PLA is its excellent biodegradability. After being discarded, it can be broken down in nature into lactic acid and eventually hydrolysed into carbon dioxide and water. It circulates in nature, creating an ecological balance. Replacing ordinary plastics with PLA could solve the white pollution problem that plagues the world today.

Besides these properties, PLA also has good biocompatibility and its degradation product L-lactic acid can participate in human metabolism. It has been approved by the FDA for use, for example, as endosurgical sutures, injection capsules, microspheres and implants. The wound sutures are slowly absorbed by the body without the need to remove them.

We have high-quality PLA film for sale, if you want to know more details, welcome to send us a message and we'll answer you soon.

Previous: Facts You Need to Know about Shrink Sleeves

Next: A Couple of Points You Need to Understand about PLA Plastics