What should be Paid Attention to during the Production of PVC Heat Shrinkable Film?

PVC Heat Shrink Film meets the packaging of various products in the shrink film industry, which is very popular with the public. This quality has won the honorary title of professional products. According to market survey analysis, PVC heat shrinkable film is becoming more and more global. It is used with advanced technology and is used in daily life. It can be used in many technologies such as food preservation, so that vegetables and fruits can be stored for a long time. Deterioration. Pay attention to the following points in the production process of PVC heat shrinkable film:

1. The die head should be cleaned accordingly. No scorched plastic should fall into it. If it can be found by the naked eye, it needs to be cleaned immediately.

2. The paper tube should be aligned accordingly.

3. When packing, pay attention to avoid collision, which may cause quality problems such as edge rupture.

4. Minimize the appearance of wrinkles on the surface and white compacted lines in the middle, so as not to affect the appearance.

5. The trim should be cut neatly, and the unevenly stretched stretched film cannot be shipped as a finished product. 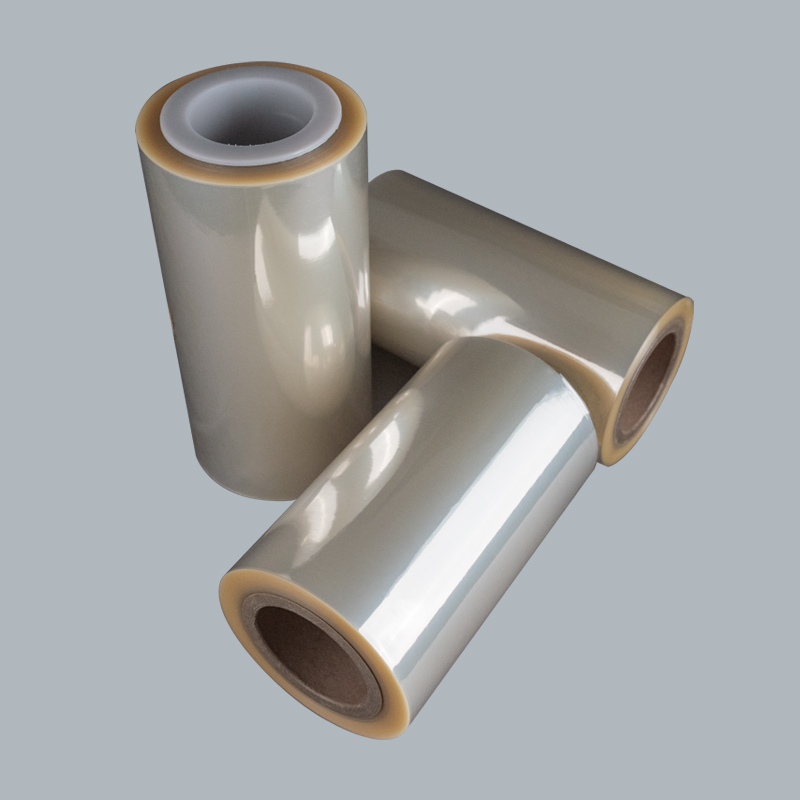 The parameters that measure Heat Shrinkable Films are shrinkage, shrinkage tension, and shrinkage temperature. Considering the above three parameters, in order to obtain a film with a high shrinkage rate, it is necessary to use a polymer resin with low crystallization ability or low crystallinity. Although the molecular chains of the amorphous resin are oriented after biaxial orientation, no crystallization occurs. After receiving the secondary preheating, all the oriented chains can shrink, and only the non-crystalline oriented molecular chains will be heated (more Low processing temperature, shorter processing time), and shrinking of the oriented crystalline molecular chain needs to destroy the crystal lattice, which needs to increase the temperature near the melting point, and the molecular chain relaxation time is longer, and this This is not possible during shrink film use. For a heat shrinkable film made of the same material, the higher the proportion of the amorphous region, the larger the shrinkage rate and the larger the shrinkage force. Heat shrinkable films with larger amorphous regions have lower shrinkage temperatures.

The melting temperature of PVC during processing is a very important process parameter. If this parameter is improper, it will cause the problem of material decomposition. The flow characteristics of PVC are quite poor, and its process range is very narrow. In particular, large molecular weight PVC materials are difficult to process (this material usually requires a lubricant to improve the flow characteristics), so usually small molecular weight PVC materials are used.

PVC materials are often added with stabilizers, lubricants, auxiliary processing agents, colorants, impact agents and other additives in actual use. By using different resins and formulas, heat-shrinkable films with different mechanical strength and functions can be produced, which can be used for inner packaging with lower strength and smaller product weight, as well as mechanical products for containers that require higher strength. Transport packaging (outer packaging) for materials, etc.

PVC heat-shrinkable film is made by mixing PVC resin with more than a dozen kinds of auxiliary materials and then inflating it twice. It is characterized by good transparency, easy shrinkage, high strength, and shrinkage rate can be freely adjusted according to user needs. PVC heat shrinkable film has the characteristics of high transparency, good gloss and high shrinkage.

The above are the precautions for the production of PVC heat shrinkable film introduced by Multi-purpose Shrink Film Manufacturer.

Previous: What are the Uses and Advantages of PVC Heat Shrinkable Film?