VC Shrink Film will shrink after heating. Most people don't understand the reason. They just take it as a performance of heat shrinkable film to answer. Today, the coating online will tell you the shrinkage of shrink film. principle. In fact, the shrinkage of heat shrink film after heating is a physical phenomenon, which needs to be explained by certain physical knowledge. Simply put, the thermal motion of molecules causes the film to shrink.

Although PVC film has good quality, many people say that this is a chemical product after all. After all, the price and performance of PVC heat shrinkable film are not as good as natural materials. Toxicity and odor cannot be avoided, and it is destructive to the environment, but In fact, this is not true, because the raw materials for the production of PVC films are usually extracted by special operations, and the toxic substances in them are also extracted, so we can guarantee that the PVC film is completely non-toxic, and it will not harm the human skin or Harm to the respiratory system.

In the production of PVC heat shrink film packaging, the amount of plasticizer added is small, so it is difficult to plasticize, and the method of increasing the plasticizing temperature will increase the possibility of thermal decomposition of PVC. Adding an appropriate amount of ACR processing modifier to the formulation can improve processing performance. The solubility parameters of ACR and PVC resins are similar, and the compatibility is good. The adhesion between the two is greater. The hardness of ACR is greater than that of PVC. Under certain stress, it produces greater friction, which makes the PVC particles more easily are broken and melted. The gelation speed and melting quality of the material are improved, and the melt strength is high. 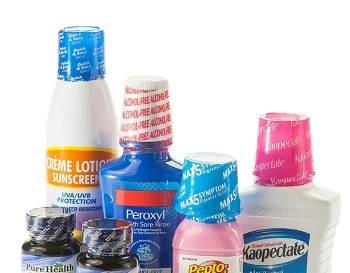 1. The main properties of PVC shrink film are:

C. Other physical properties: waterproof, greaseproof, and airtight. It can be collapsed into hard or soft, transparent, or opaque products according to requirements; it can be welded or heat sealed by high frequency; easy to color, and print.

D. Processing performance: It is easy to adopt all the processing technologies in the current plastic processing. Such as injection molding, extrusion molding, Huan molding, calendaring, rotational molding, coating, and so on.

PVC heat shrink packaging machine can be processed and cut arbitrarily. It is commonly used in molds, hydraulic presses, and other parts that need heat insulation. It can also be used for self-made roofs and other parts that need heat preservation. Save energy, reduce heating time, reduce heat conduction to equipment, and have a good heat insulation effect.

Different container shapes have different requirements for material shrinkage. For example, an approximately cylindrical container with a low shrinkage rate can be considered to use OPP or PVC materials, while a container with a more curved or streamlined design can be considered an OPS film with a high shrinkage rate and strength. OPS film can be closely attached to containers of different shapes, not only can print exquisite patterns, but also meet the use of novel packaging containers with different shapes. OPS is non-toxic, tasteless, oil-resistant, and meets food hygiene standards. It allows designers to use eye-catching colors to achieve a 360° label design, give full play to creativity and imagination, and make label patterns more vivid and prominent The image on the shelf has an unexpected container effect. 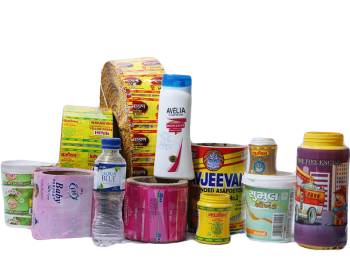 A. Overprinting issues. PVC shrink film is very sensitive to temperature. During printing, the temperature of the oven should not be too high, generally not exceeding 40°C.

B. PVC heat shrink film is sensitive to solvents. Solvents with strong solubility such as methyl ethyl ketone cannot be used, otherwise, the film will be dissolved and the printing quality will be affected.

C. The thickness deviation of the PVDC film produced by the blow molding process is large, which easily causes uneven printing tension and affects the printing quality.

D. The PVDC film produced by the blow molding process is not well plasticized, and the crystal dots are large, which will easily cause the prints to lose dots and black ink, which affects the printing quality.

Next: Qualified Shrink Film Needs to Have The Following Key Physical Properties